As I suggested, water intruded into almost every aspect of this book. All the rivers start up on the high moors as does the Exe, shown in the above taken close to its source.. If you look carefully you will see that high places, counter-intuitively, are very wet indeed. Can you see how green the grass is? That could be a sign of carefully applied fertiliser but not here. Here it warns of bogs and mires, of places where if you put one foot wrong you can end up sinking in and praying that the bog here is not too deep.

Here we see an infant River Barle near Goat Hill. Unlike the Exe, the Barle rises on the notorious ‘Chains’ – the wildest part of Exmoor. It may still be in its infancy but it is a veritable torrent after heavy rain and, as you can see, it is already carving out its own valley.

It is the action of water – helped by ice during the ice age – on the fairly soft rocks that results in some of the most breathaking scenery such as we have here at Deddy Combe . . 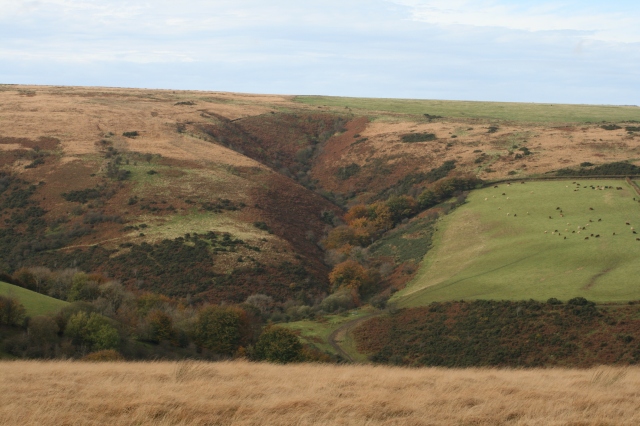 Another great delight is the multitude of streams which look peaceful enough but which, after a deluge of rain, can and do uproot trees and carry quite big boulders for many miles. This is East Water.

I confess I have a thing about herons (about most birds, actually) and this one is fishing for his supper on the East Lynn River just below its confluence with Oare Water. 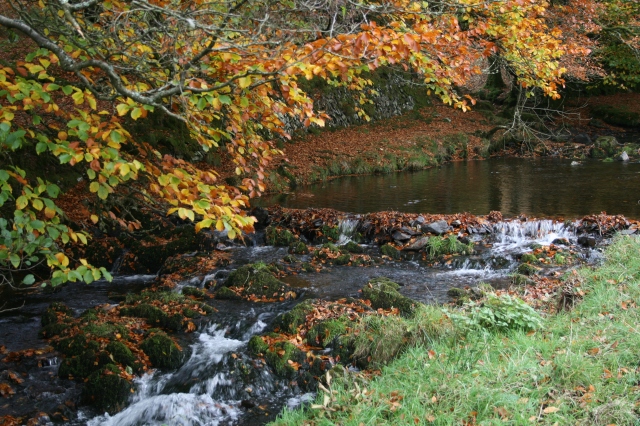 This is Oare Water just below Robbers’ Bridge. It is October and over the summer children (quite possibly aided and abetted by parents) have built a dam to create a lovely paddling pool. I fear that all those efforts will go to waste come the rains of winter. 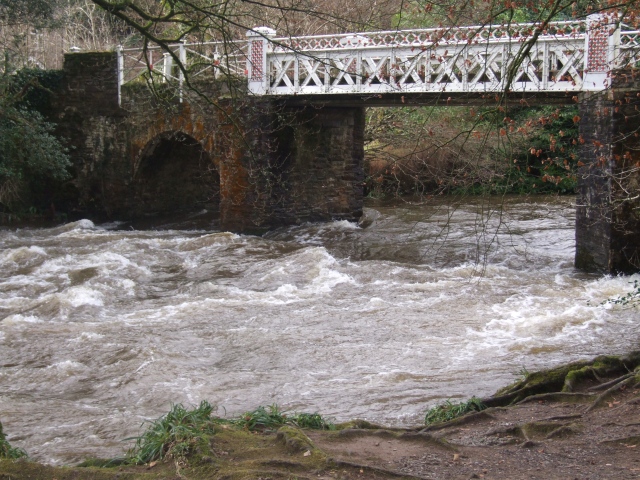 Hester would have no story to tell us had it not been for the River Barle being in spate. Here we see it at Marsh Bridge, upstream of Dulverton. Her house is set in the field on the opposite side of the river about two hundred yards downstream of this bridge.

The power of water really is surprising. There is a lane we used quite often that links Webber’s Post with Cloutsham. At one point the East Water crosses the road at a ford. Anyway on the 27th August we used it twice: early in the morning and later, after what was no more than a moderate downpour, in the afternoon. Clearly it had been enough for the water level to rise and strip the handrail off the plank bridge used by pedestrians (see lower photo). The efforts by the authorities to keep people off the bridge weren’t very effective, were they? 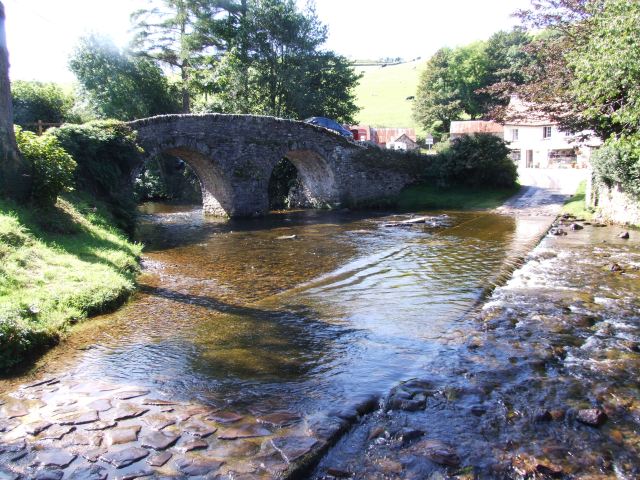 And finally, for now, Malmsmead Bridge over the Oare Water. The bridge is quite narrow and there is a sharp bend at this end making it tricky when we were in the camper van. As a result I was very glad they kept the ford which never presented any difficulties.