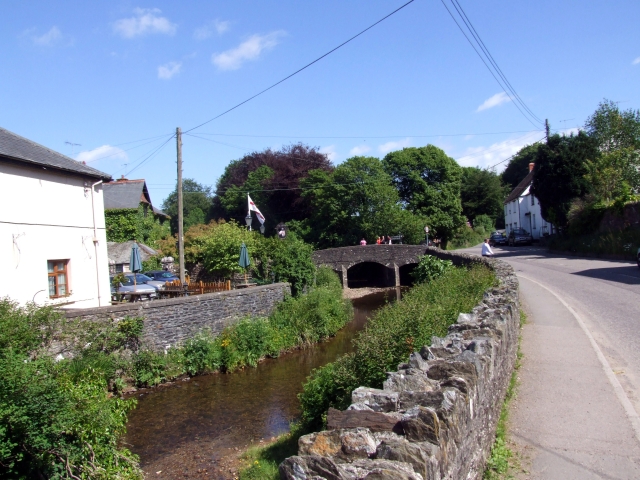 You will remember that I wrote: ‘But then, one summer’s morning – and I can no longer remember why – we decided to drive from our cottage to Exford . . . 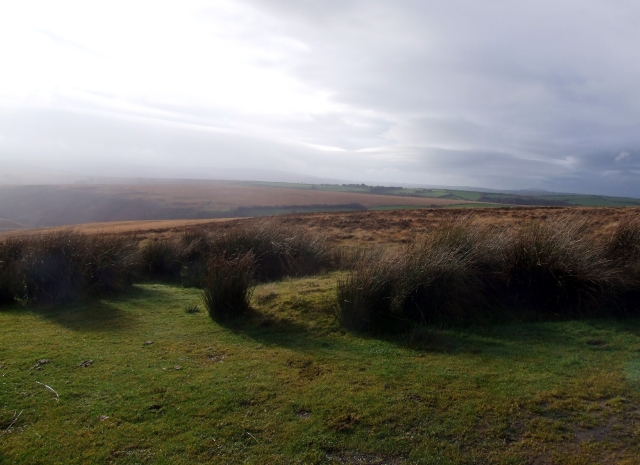 . . . and then up to Brendon Common, where we stopped for coffee and so down the tortuous valley of the Lynn to Lynmouth. From there . . . 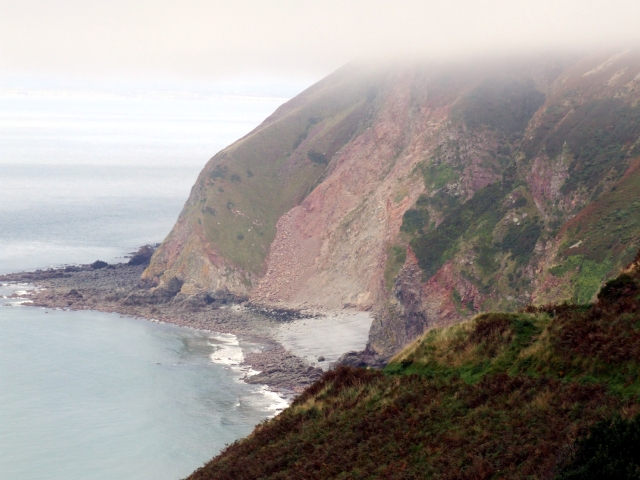 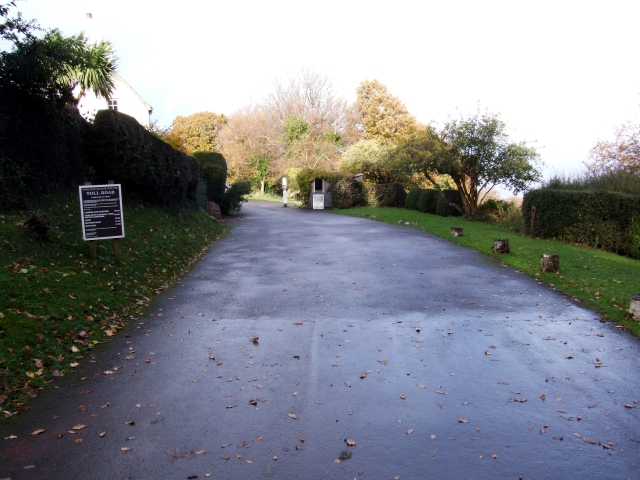 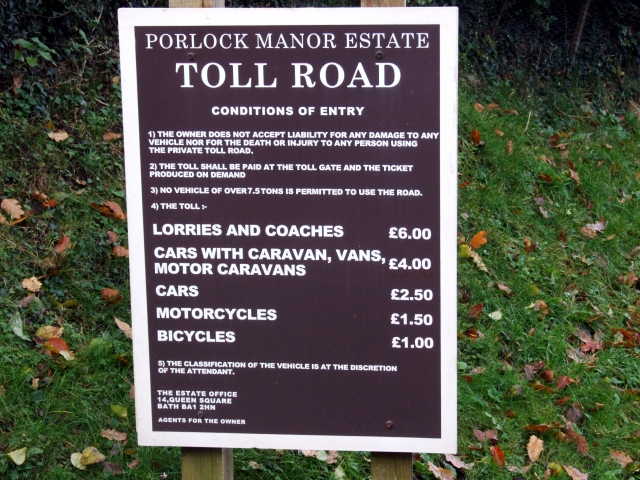 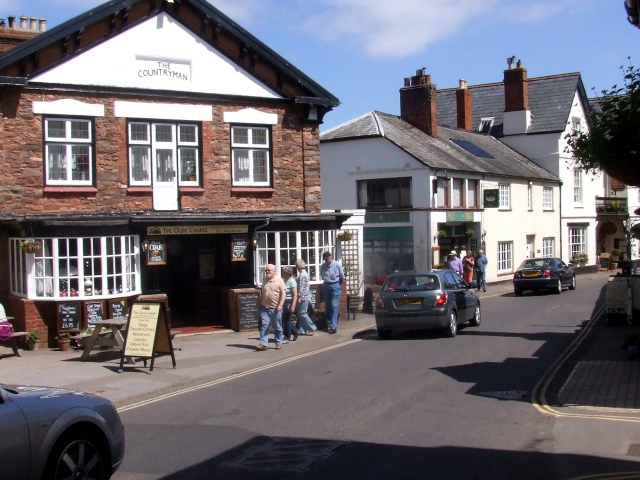 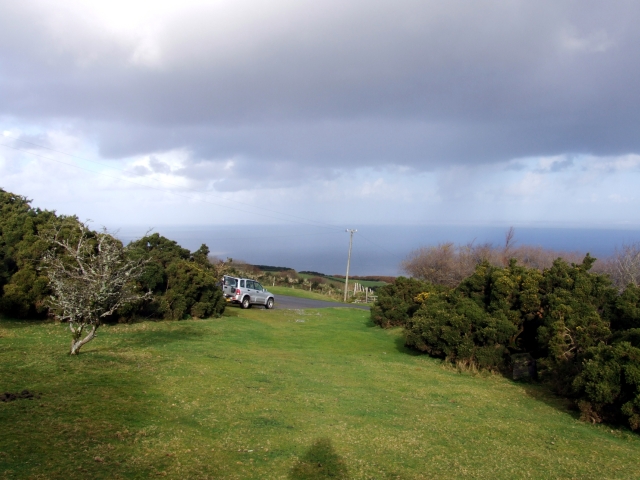 We would spend a good deal of time up here on the Toll road as Marcia found it to be one of those places where she really could come close to her characters and listen to them as they chatted amongst themselves. Yes, I know, but that is how it seems to work so I just let it happen. After all, if it ain’t broke – don’t fix it. On this occasion it must have been pretty wet underfoot. As you can see we had driven up in the Suzuki which is an excellent off-road vehicle but I had decided not to drive up to where I was standing when I took this picture which is where we would usually stop . . . 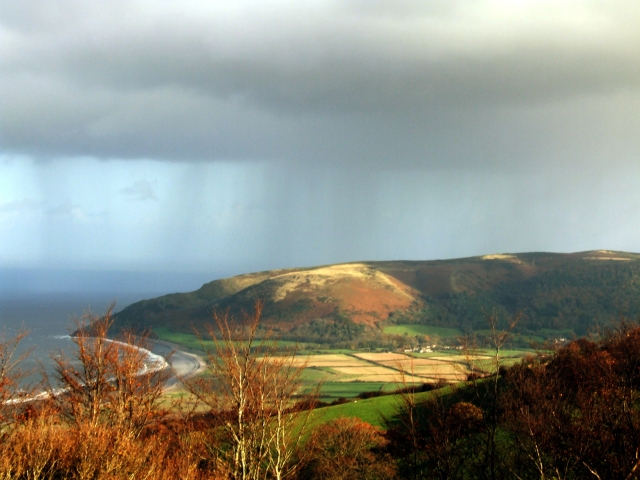 . . . and from where you get the most incredible views of Porlock Vale although it rarely looks quite this dramatic. High House and The Summer House are in the green field on the opposite side of the Vale under the glowing area of moorland. 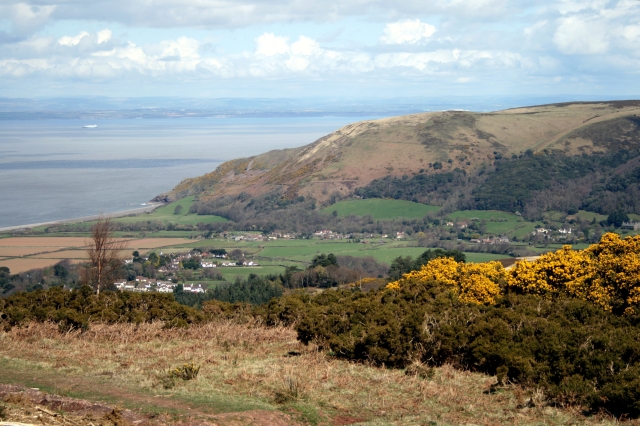 This is what you are more likely to expect. 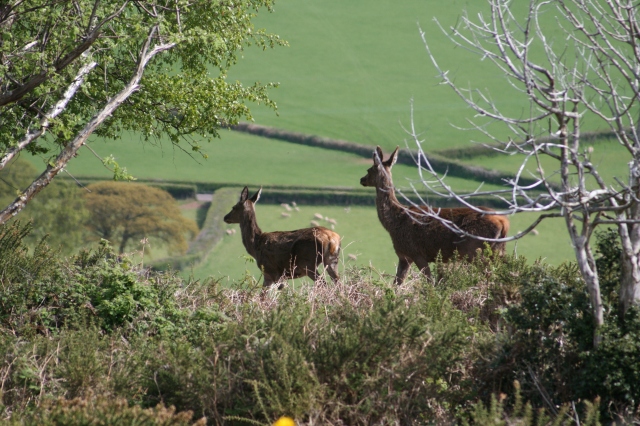 We had a stroke of luck one day when these chaps broke cover only a few feet from me – and I had my camera to hand. Such moments are few and far between. Incidentally you can see here why they are called red deer. 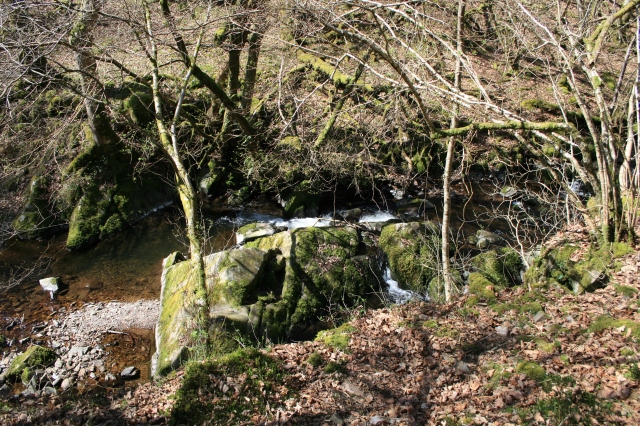 The east side of the Vale of Porlock where it snuggles under the bulk of Hurlestone is drained by the Aller Brook and Horner Water (above). 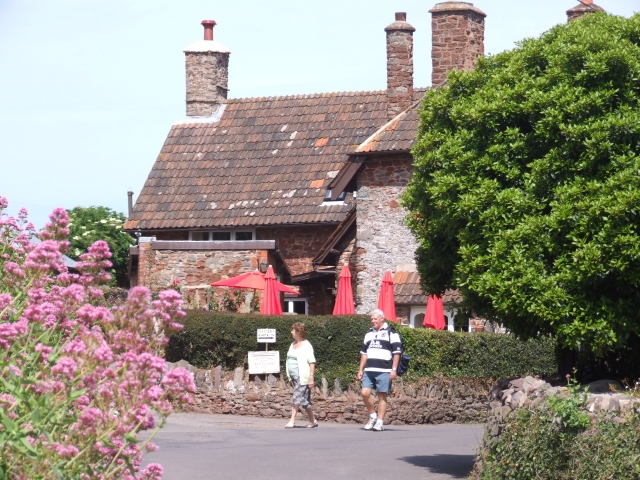 However, turn off the A39 about half way between Minehead and Porlock and there you will find the delightful village of Allerford where the post office also serves light refreshments. Here Marcia would come to write up her notes after she had been exploring. 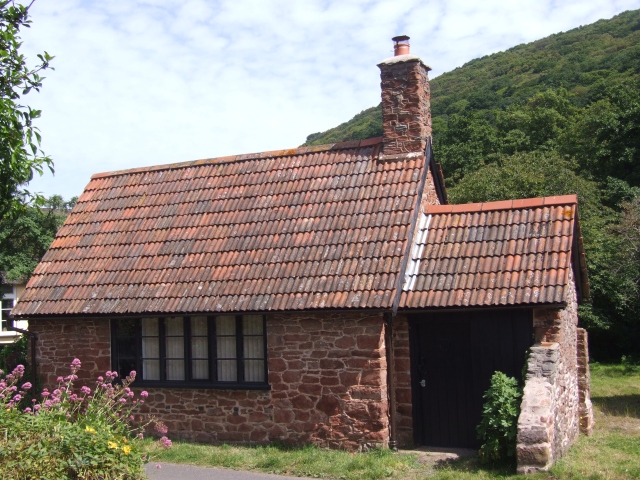 This is a different world: sheltered and unexpectedly warm. The buildings are generally of this warm sand stone under rich red tiles. Valarian grows everywhere: here the red . . . 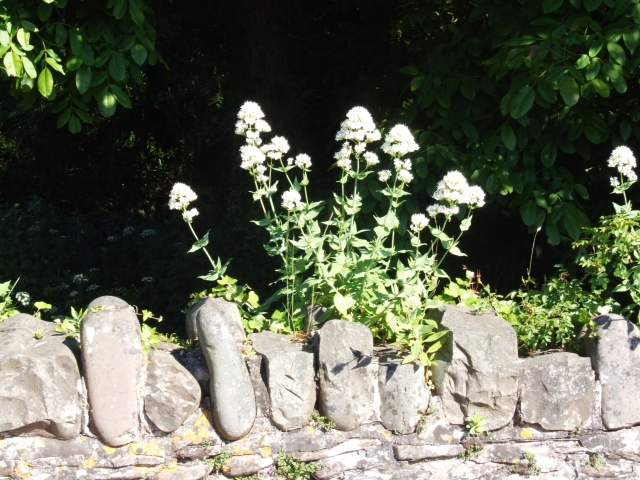 . . . and here the white with a precarious foothold on the top of a wall beside the Aller Brook. 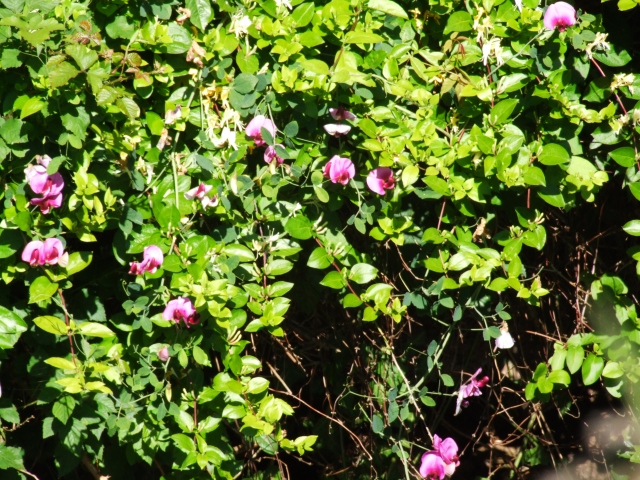 Here, as we walk on from Allerford to the village of Bossington,  we see a riot of honeysuckle and clematis . . . 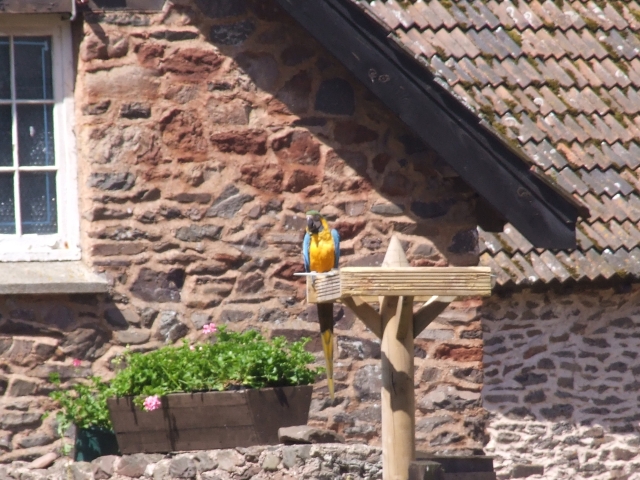 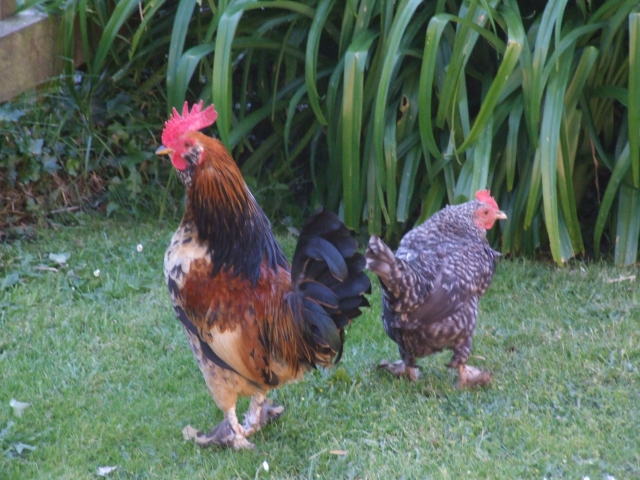 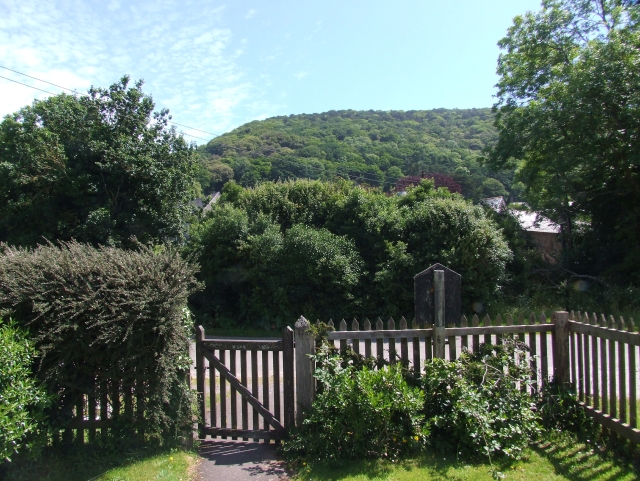 . . . from which you have a wonderful view of Allerford Plantation. 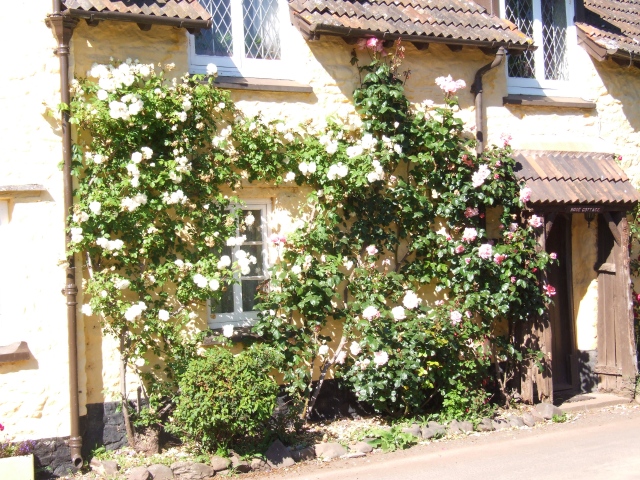 At the far end of the village of Bossington are two surprises in store: this delightful cottage and . . . 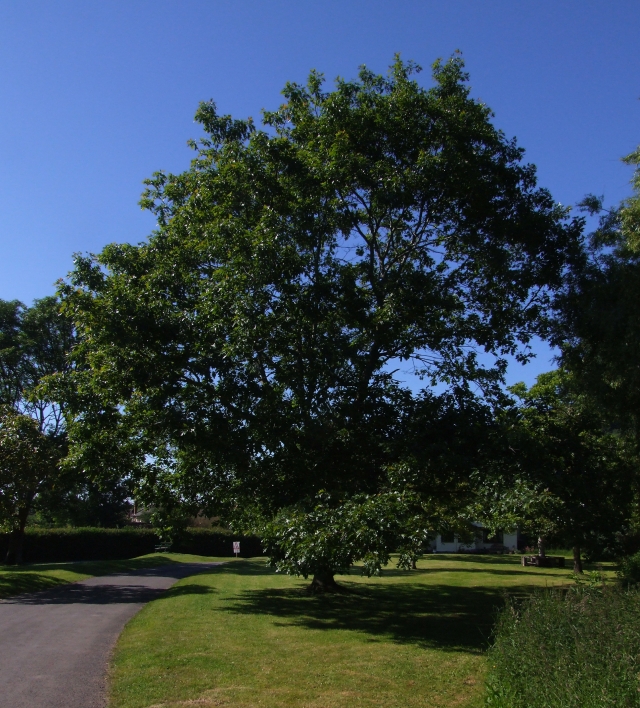 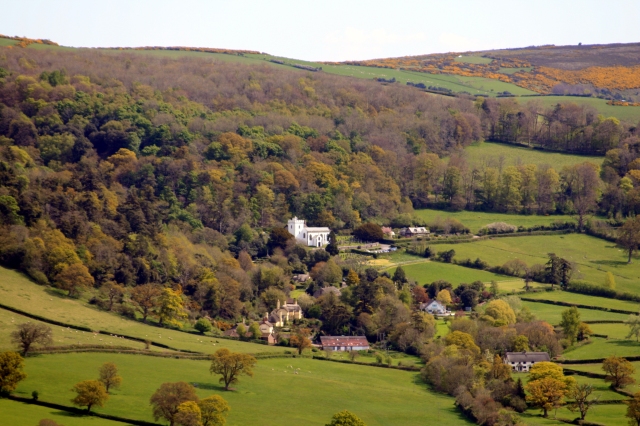 However, there was one extremely important link in the chain that was still missing. It was the same day as I photographed the deer above. There is a narrow lane that takes you out of Porlock and around towards West Luccombe on which there is a junction. Take the right – it’s a  very sharp right hand  bend quite tricky in our camper van but doable – and so up to Doverhay Plantation. We would park up there and take Max out along the track that leads to the underground cisterns which act as header tanks for the water that comes out of the taps in Porlock. Marcia was feeling a bit edgy and then grabbed my arm. ‘Of course,’ she said, ‘It’s in the churchyard at Selworthy.’ 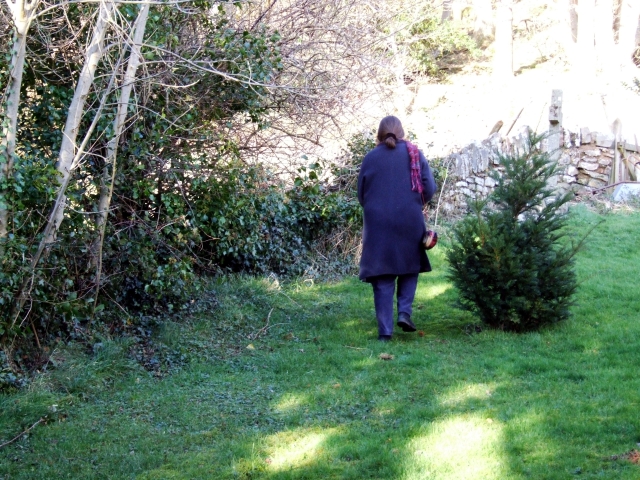 We set out early the following morning so as to be there before things started to become busy (the church is a major tourist attraction) and so as to be there when Marcia felt Matt would be looking. Enough to say that she found what she was looking for:  everything was now in place and it was time to start writing.